Surround Yourself With Those Who Are Better: Advice From A Man Who’s Built An Ecosystem 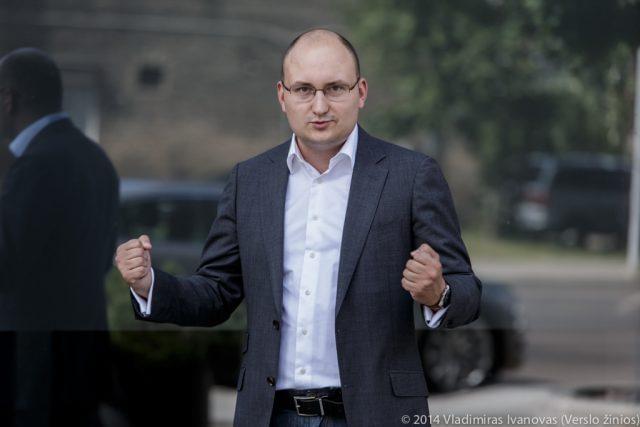 Lithuanian Rokas Tamosiunas has built an emerging ecosystem in his home country from scratch, into an established, even if small one. When Tamosiunas co-founded Startup Highway, a Baltic accelerator and early stage fund in 2011, it was the first of its kind in Lithuania and one of the earliest in CEE (Central and Eastern Europe).

Tamosiunas was a pioneer in the tiny Baltic country when he founded his first startup, with a successful exit in 2010. “The words ‘startup’ and ‘mentor’ were not even in the national dictionary,” Tamosiunas recalls. He and his colleagues learned everything they could from Seedcamp and Techstars.

The idea to begin Startup Highway was inspired by the talent emerging from Lithuania, Tamosiunas says. “We noticed a trend – there was a Lithuanian in several of the top startup teams around Europe, so we decided we should create our own accelerator.”

None of the building blocks for an ecosystem – from mentorship to idea sharing to angel investment, existed. Tamosiunas and his colleagues constructed the foundation for the ecosystem that exists in Lithuania today.

Tamosiunas is now expanding his vision, with a recently structured regional VC fund, called Open Circle Capital, with partners in Lithuania, Finland and Denmark, due to launch next month.

Building an ecosystem from the ground up, in a country with a population of less than 3M has provided Tamosiunas with great insights for startups operating in other small markets:

-PUNCH ABOVE YOUR WEIGHT

I don’t even compare Lithuania with Athens or Belgrade. I compare us to Amsterdam, which is a bigger, more mature market. The only way to get smarter is to play a smarter opponent. To be the best, surround yourself with those who are better.

Our country is too small a market, but when smaller countries band together, they can be seen as one market. Working with startups in neighboring countries, where cultural differences and distances are small, and skill-set compatibility is high makes sense. *For example, many working for startups in Slovakia and the Czech Republic regularly make the four-hour train journey between Bratislava and Prague.

Low rent and government incentives can attract startups, particularly regional ones, but when a startup grows faster than the ecosystem, the location can be challenging for recruiting talent. Consider keeping HQ local, with small offices or workspaces in other places where it’s easier to tap skilled people. Bring them to HQ once a month to share knowledge and team-build.

Big companies bring more than employment. Many Scandinavian companies, particularly banks, set up shop in Lithuania because of our focus on FinTech. They base here, use talent here and in return, they raise the quality of the local labor pool by educating them on the Western markets. Many go on to start up their own businesses.

Don’t be afraid to go after big fish VCs in other markets. In less mature markets, many entrepreneurs go after big VCs out of necessity. But, often startups in more established markets are discouraged from pursuing large VCs in other geographies.