Startup of the Week: CellAge 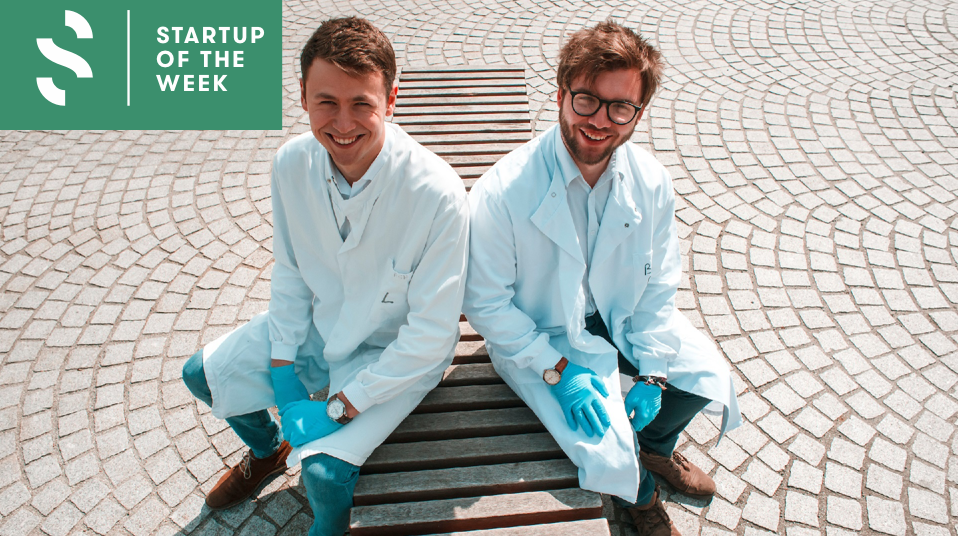 This week for Startup Of The Week we met with Ąžuolas Čiukas from CellAge to discuss business and ageing. CellAge is a biotech startup that aims to develop synthetic promoters for senescent cell detection and removal. In this interview Ąžuolas Čiukas explains how senescent cells correlate with various diseases and reveals CellAge’s plan to tackle the senescence problem and enter the anti-ageing market. Enjoy!

So what is CellAge? How does it work?

CellAge is an early stage biotech startup working on the development of synthetic promoters for senescent cell detection and removal.

Let me give you some background about it so you could understand it better. Senescent cells are aged, deteriorated, stressed or damaged cells which can be harmful to your body over the long term as they contribute to a number of age-related diseases. We all have these cells and we accumulate them with age – it’s normal. However, aged cells:

It has been shown in a number of studies that if we remove these senescent cells from mice, animals develop fewer age-related diseases and the lifespan of these animals also increases. We want to highlight, however, that we are focusing on healthspan instead of lifespan, i.e. years of life without any serious disease.


Currently, we are at very early stage of R&D and it will take time to reach customers and patients, but we have two products in mind. The first one is synthetic biomarkers which could identify senescent cells. Such product would be useful for basic researcher as well as drug developers as it would make the process of investigating senescence more cost-effective and reliable.
If we succeed in developing these biomarkers, we would start to work on the second product – therapies for senescent cell removal. We could use these therapies to cleanse parts of the body of senescent cells to reduce risk of aged-related diseases such as some types of cancer, atherosclerosis, osteoarthritis and etc.

Other player in the field are Unity Biotechnology, Oisin Biotechnologies and SIWA Therapeutics. All of these companies are pursuing different ways to tackle the senescence problem, however, as far as we know none of them have any finished clinical trials. It is also quite hard to tell at this moment which way will be the most effective. The whole anti-ageing market is still in its infancy.

The idea to found CellAge came up to my colleague Mantas Matjusaitis in late 2015. It was inspired and made possible by a combination of recent breakthrough in senescence research field as well as expertise and close partners in synthetic biology field that we have. What started primarily as a form of discussion, quite quickly grew into a startup.

We don’t have any products launched just yet. To be more specific about our timeline, the idea came up in 2015, the team was formed in early 2016, we completed a crowdfunding campaign in early 2017 and closed a seed-round a couple of months later. At the moment we are finalizing the negotiations with our partners.

For our biomarkers, the main customers that we identify are contract research organisations, big pharma companies and research labs focusing on ageing research. At the moment we are mainly in talks with companies in the EU and the US.

What are main challenges while working on this product and how are you overcoming them?

It was (and still is!) particularly challenging to fit in the budget with the research project. How it usually is in science, various overheads and ‘unexpected’ costs come up too often and thus we have to be very careful in scheduling and budgeting our project. This is the main reason why we took so long in negotiating the project conditions with our partners. But we’re getting there!

So far we have received two injections. The first one was from a crowdfunding campaign that we finished in February 2017 and a seed-round that we closed in April 2017. Thus, we can say that we are funded by the general public (through crowdfunding, non-equity) and by a number of angel investors and a VC firm. At the moment we are not seeking for any more funding, however, we are thinking of a Series-A once we get the first data from our research.

Both co-founders and the two of us in the core-team are Mantas Matjušaitis and Ąžuolas Čiukas.

Mantas, CEO, has just finished his PhD in Synthetic Biology in the University of Edinburgh. His previous experience ranges from being a president in Innovation Forum to roles in SENS Research foundation. Mantas also holds a BSc in Biomedical Science diploma from the University of Sheffield.

Ąžuolas, COO, is a University of Edinburgh Economics graduate with experience in corporate finance while working in Healthcare M&A team within Barclays, Porta Finance and KPMG.

Thank you for the answers!