Ecosystem
Startup Of The Week

Startup Of The Week: TransferGo 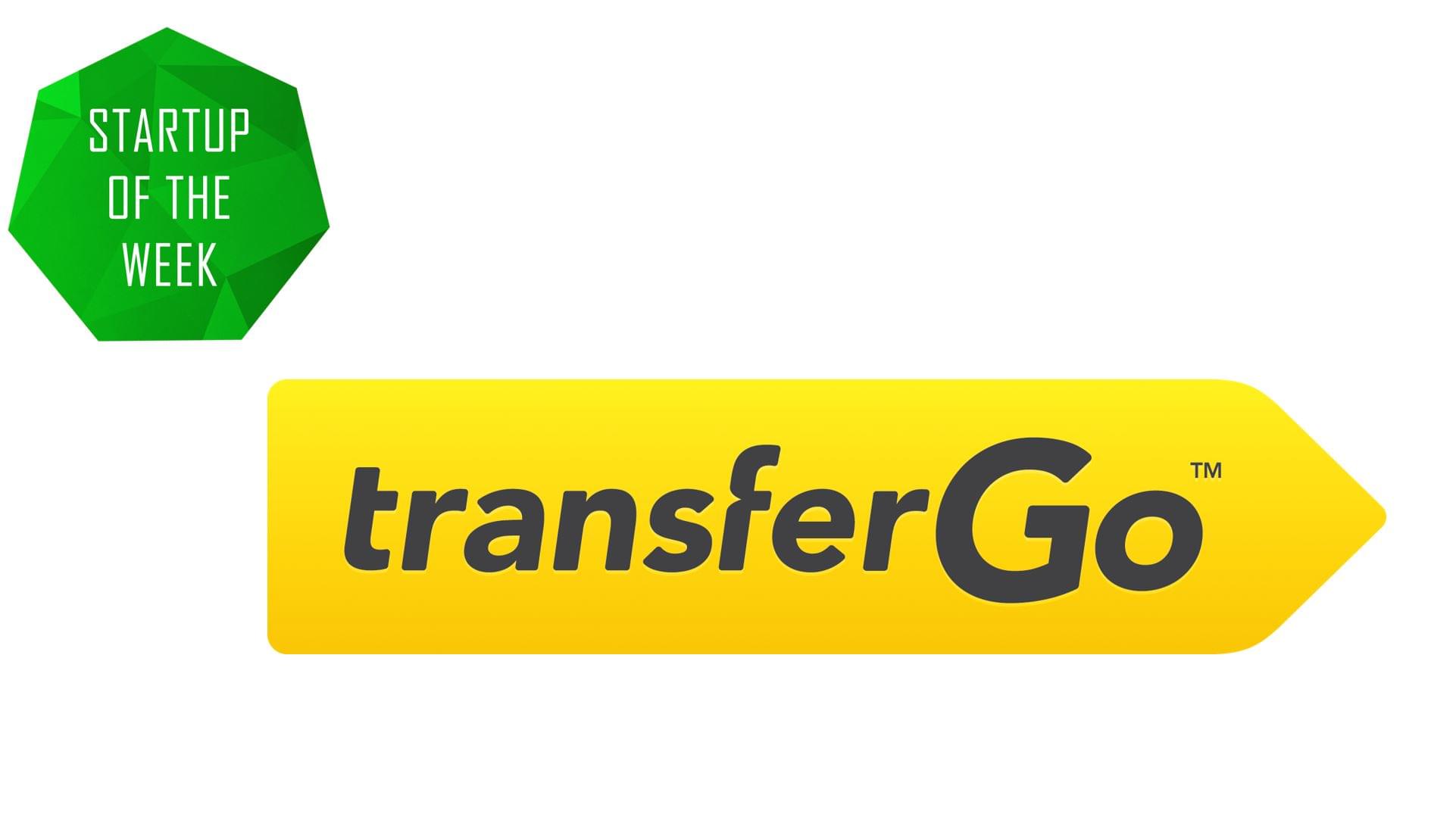 Please meet Aurelija Petrauskyte Latakė, Country Manager for Baltic States at TransferGo. TransferGo enables people to send money super fast to their friends and family living abroad. What are the main challenges in this market and how do they work it out, Aurelija reveals in this interview.

What is TransferGo and how does the future look?

TransferGo is one of the biggest Lithuanian financial technology startups with a main focus on international financial remittances. TransferGo enables people to send money super fast to their friends and family living abroad within just 30 minutes. They constantly monitor and improve their technological capabilities to offer their customers functioning operations at high speed. In the near future TransferGo plans on strengthening their position in existing markets, expanding beyond Europe and offering new services to their customers. At the moment the company have more than 250,000 loyal customers who regularly use the transfer service. The company employs 70 employees with the view to grow the team to over 100 employees within a year.

What are your competitive advantages?

TransferGo was created 5 years ago by 4 co-founders that faced a very rigid system when transferring money overseas. Money would travel from account to account for more than 7 days at very expensive rates. In addition, client services were difficult to deal with and if mistakes were made (such as transferring money to the wrong account) they would not take responsibility or rectify the issue.

TransferGo empower people. Unlike other companies or payment platforms, their users do not need to take cash to specific places or open additional bank accounts. The money sent reaches the recipient from the sender’s normal bank account. Simple.

At the moment, technological innovations and a wide network of partners in 13 European countries make it possible to secure extremely fast international financial remittances with the recipient funds arriving within just 30 minutes. This means TransferGo offers peace of mind to their users as they don’t need to worry or constantly track whether their money has reached the recipient’s account. In addition, TransferGo provide their consumers with a sense of security and money control, as they have access to the fastest type of money transfer in the world. If there’s ever a need to help relatives in other countries in unforeseen situations, they’re always there to help.

Furthermore their innovative advances reduce overall costs for the consumer, saving about 90% more than traditional institutions, such as banks. In addition, TransferGo’s platform was designed with simplicity in mind: it takes just a few simple steps – a transfer order and a local transfer – and everything else is taken care of automatically. This saves time for people, avoiding complex forms, sky high rates and queues (who has time to queue anymore?).

The company also ensure maximum transfer security. TransferGo is an Authorized Payment Institution, license number 600886, controlled by the British Financial Services Authority (FSA) and supervised by the British Tax Office, HMRC (‘Her Majesty’s Revenue and Customs’), so they comply with the same safety standards as any commercial bank.

Why was TransferGo launched?

The company was founded by Daumantas Dvilinskas, Executive Director of TransferGo, as well as three other partners in 2011. 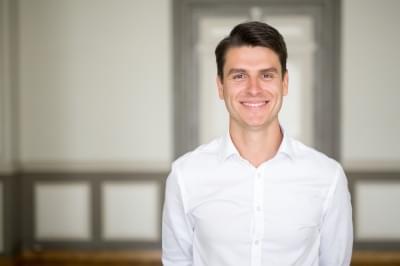 The future founders of TransferGo had developed their own import and export business but noticed that their activities were entirely dependent on cross-border payments and remittances via banks. In a business where speed is extremely important, the methods of money transfer were slow and ineffective. Money travelled for up to 7 days, while the exchange rate stood at 5%. There were also issues with money being sent to the wrong accounts and incorrect invoices or delays in payments leading to the loss of important supply chain partners.

After discovering a specific problem, understanding the needs of people and businesses, and the desire that this experience was never repeated, the founders wanted to create a solution to innovate the international money transfer industry. Thus the idea of TransferGo was born.

At the moment TransferGo transforms the traditional understanding of banking. This is evidenced by the doubling of company revenue over the last year and gaining more than $10 million investment from Practica Capital, Vostok Emerging Finance and several private investors.

What were the main challenges before launching?

TransferGo started operating in 2012 and is celebrating 5th birthday this week.

The journey began with the difficult task of seeking permission from a number of institutions to allow money transfer permits…thanks to great stubbornness and considerable success!

It took TransferGo 6 months to get their first license, and demanded nearly $30,000 in investment. Only then did the regulatory authorities begin to consider their applications seriously. It’s understandable that in order to manage the hard-earned money of users, it is necessary to follow the established legal processes. Although the regulatory authorities gave the green light because TransferGo met all the legal requirements, it was not enough. The business concept also needed to “sell” itself to banks, along with needing a special-purpose accounts that holds customer money. Without such an account, a business license is not issued. After the first 6 months of handling regulatory processes, the company spent another 4 months trying to find a bank that would work with them. 99% of the banks then told them no – showing the value of perseverance!

Who are the target customers in terms of user profile and geography?

TransferGo operates in 45 countries and their target customers are those who benefit from money transfer services the most – people who have close links with family friends or business partners in countries other than their own. There are so many reasons for sending money abroad; the vast majority of TransferGo customers are migrant workers sending money home to their family or young people saving for a big purchase, such as a mortgage or car. They also have parents sending money to children studying abroad, people paying alimony or legal costs, or friends buying concert tickets or flights for leisure.

What is the main goal while working on this product?

The main goal of TransferGo with the growth they are experiencing is to keep the existing structure and product, whilst continuing to establish procedures that help their team to integrate super fast to the culture.

Please introduce the founders and the broader team?

The company was founded by Daumantas Dvilinskas, Executive Director of TransferGo, as well as three other partners. This year, Mr Dvilinskas was nominated to feature on the prestigious Forbes list: 30 under 30s to watch who will have a major impact. 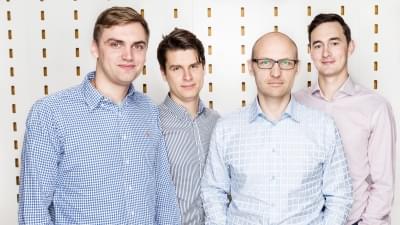 There is a team of 50 people in Lithuania, most of them engineers and developers. The rest of the team are in the London office, mostly within the marketing team.

How has business been so far? Could you share some numbers to illustrate this?

TransferGo has over 250,000 registered customers. The company is currently operating in 45 countries, with about $400 million being shipped through its platform annually. Over the next 5 years, the company plans to expand beyond Europe, with interest in Asia where there’s a growing interest in business customers.

In the last 12 months alone, the company income has doubled, and its market share in the Baltic States, Central and Eastern Europe has grown. One of the most important reasons for growth is the increased popularity of the company’s fast transfer service – a 30-minute money transfer service.

Future plans and ambitions – what’s next?

Currently, TransferGo and the Bank of Lithuania have reached an agreement and are launching the process for obtaining an electronic money license. The company, having received the status of electronic institution granted by the country’s central bank, will be able to provide electronic money storage, transfers and other financial services in the countries of the European Union.

This step opens a new stage for company development. In the long run TransferGo’s clients will be able to offer real-time electronic money transfers and other services. The company strive to develop innovative and flexible financial products that exceed consumer expectations.

What helped you to gather such a great team and win Startup Olympics?

TransferGo’s core strength is that their team likes to spend time together both inside and outside of the workplace which means communication and teamwork are more natural. 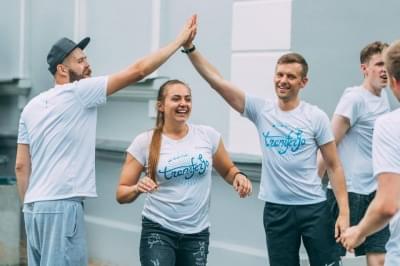 Thank you, Aurelija, for this interview!