Podcast Technotronika: blockchain will cancel the monopoly of users’ data 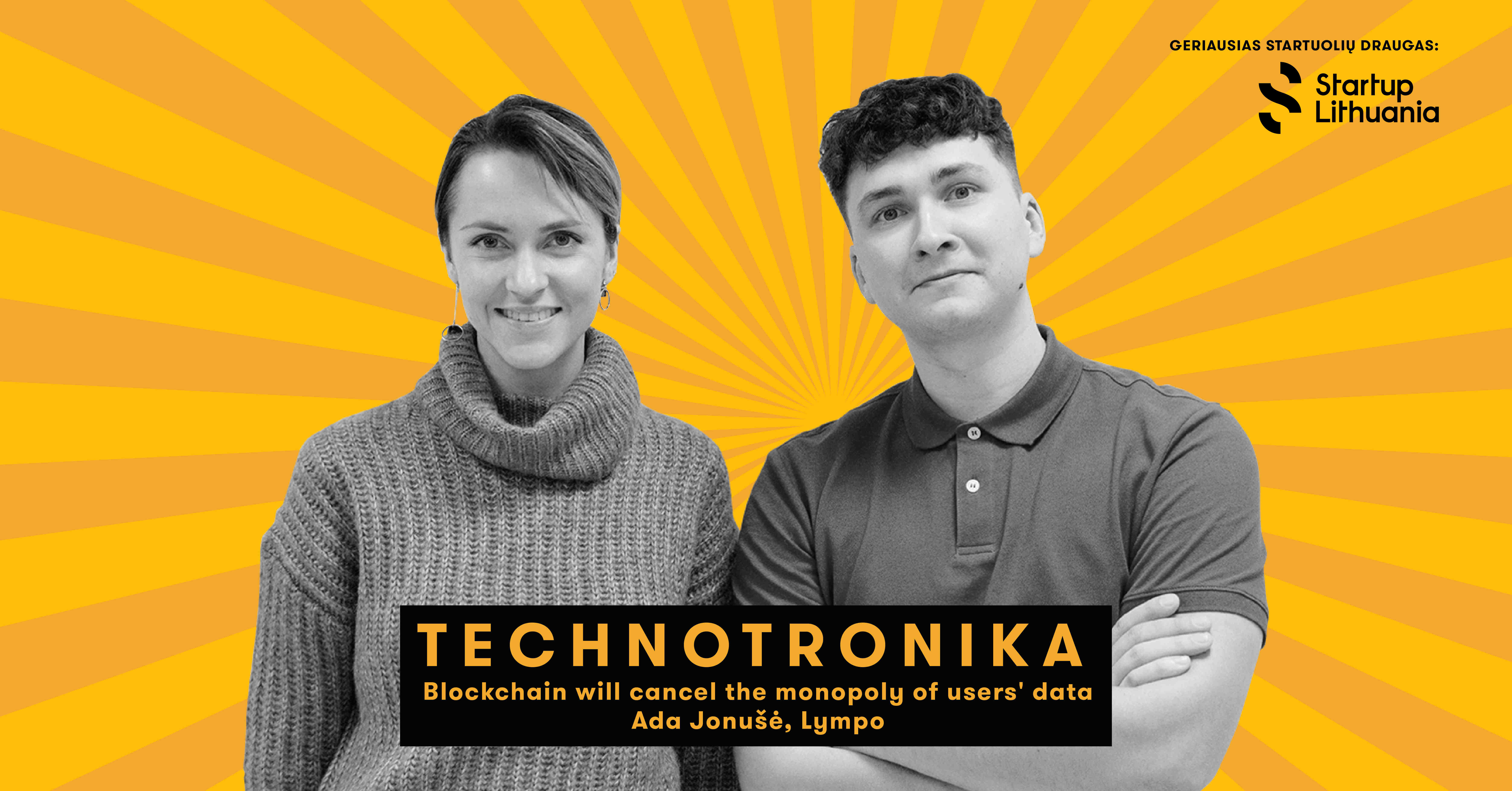 In the second season of the podcast Technotronika, we introduce a well-known startup called Lympo. This platform promises to its users to get paid for moving. The Lympo makes a healthy lifestyle a game that appeared during the cryptocurrency boom when the ICO (Initial Coin Offering) was fulfilled. Was it easy money? Why do users loose while exchanging data about themselves, and what data does Lympo collect? What will the future of blockchain look like and what other day-to-day actions could be made into a game? All of this will be discussed by the CEO of the Lympo, Ada Jonušė who has moved from politics to business.

According to the CEO, the current customer engagement strategy in Lympo is not based on direct user engagement with the platform but on partner search. The startup actively collaborates with the global giant Samsung and in the future, Lympo plans to find even more partners. Ada shares some tips for successful business partnerships: “One of the most important things is to have your person in the part of the world where you are looking for a partner so that he can start working together without any restrictions. Another tip – be very patient. If it’s a huge corporation thing will go very slowly. We have been working with Samsung for over a year now and we are just beginning the first steps of immediate integration and it will probably take several more years. Everyone needs to understand that such corporations have many decision-makers and very different terms related to work. I advise you not to give up because the value of it is huge”, says Ada Jonušė.

You will hear Technotronika podcast twice a month. Startups will be interviewed by Lukas Keraitis.