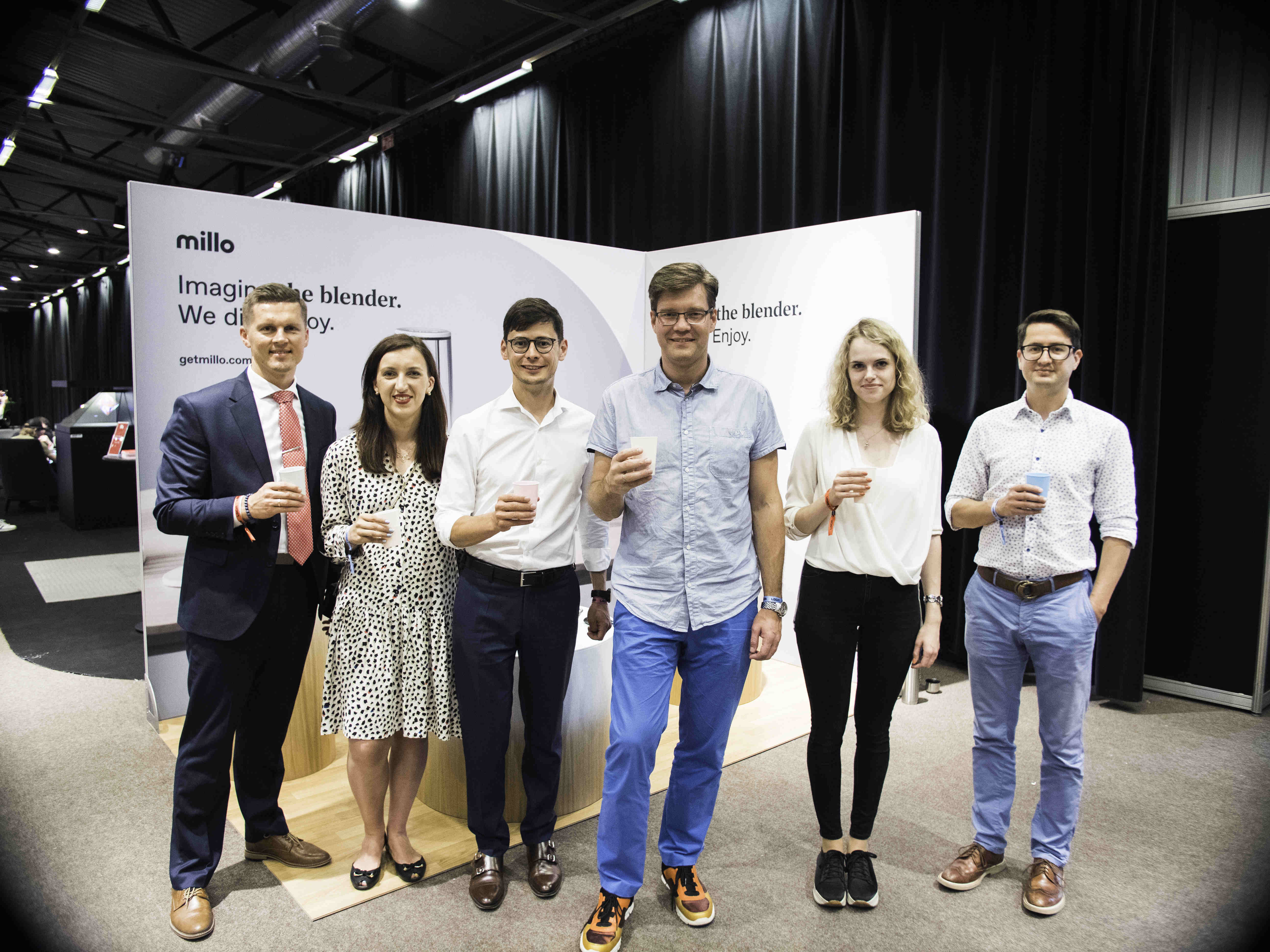 Lithuania-based Millo Appliances, the developer of the groundbreaking Millo blender, has raised €750k led by Iron Wolf Capital and 3 local angel investors, joined in equal part by Koinvestment Fund. This takes Millo’s total investment so far to €1.5 million. The company was founded in late 2015 with the goal of reimagining how we approach nutrition, leveraging technology and design to help people achieve healthier and more sustainable diets.

Millo features innovative technology that makes it 3 times quieter than the average blender. The blender is the only in the world to use a magnetic engine, created and patented by the Millo team. The technology, called AirDrive, also allows Millo to blend by just placing a cup on top of the blender’s base, without needing to fix it into position.

“Millo is a smart home device for personal nutrition, more than an appliance. It’s sleek in design, it’s portable, and it can be controlled with a smartphone. It’s not meant to just sit in the kitchen, but to be incorporated into people’s lifestyles in many different ways,” explains Ruslanas Trakselis, Millo’s founder and CEO.

Trakselis, an avid athlete, decided to reinvent the blender, which has not seen much innovation since first being invented in 1922, after growing tired of the mess and noise his blender would make after his morning exercise, often waking up his family.

After 2 years of research, a successful Kickstarter campaign in which Millo Appliances successfully raised €100k, and receiving €1.5 million in total investment, the Millo team is now focusing on bringing its products to the shelves.

Millo will soon be unveiled at London’s Exclusively Electrical on June 11 in the Business Design Centre, and hopes to bring its product to the market in early 2020, beginning with the UK and Europe.