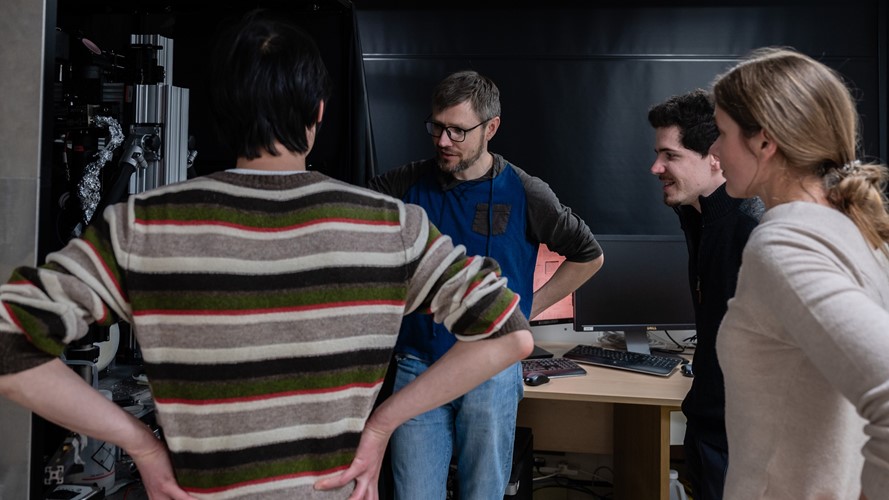 Cambridge Phenotyping, founded by Lithuanian researchers Julija Krupič and Marius Bauža, is developing Smart Kage, an artificial intelligence technology designed to help scientists monitor and analyse the behaviour of rodents during research. This innovative solution has attracted the attention of investors, with the venture capital fund CoInvest Capital, together with 4 business angels and the acceleration fund 70V, providing the company with an investment of EUR 610 000 to bring the technology to market.

Researchers at the University of Cambridge have developed Smart Kage, a technology that will facilitate the work of medical laboratories and allow researchers to focus on finding solutions to analyse the course of disease, its progression and treatment methods.

“In modelling and studying diseases, we primarily use rodents for our research, but observing and analysing the data as well as applying the results to dealing with patients has had limitations. An autonomous cube 50 centimetres high, wide and long, which we have named Smart Kage, looks like a normal laboratory animal cage, but once the rodent is placed inside it the researcher practically does not have to do anything himself – the cube is equipped with built-in sensors, a surveillance camera to record the animal’s behaviour, and artificial intelligence to detect behavioural changes,” says Julija Krupič, PhD in Neuroscience and founder of Cambridge Phenotyping.

Smart Kage analyses an animal’s behaviour 24/7 – data from such a sample has never been available to laboratories before.

“Julija and Marius have proven that the best solutions are born out of problem solving – they have developed a technology that eliminates the obstacles they used to face every day in their regular work. It is also important to note that the product is not only innovative, but also simple – the developers have managed to create a device that combines smart technologies yet is easy to use in any laboratory in the world, so we believe that the team will be able to successfully enter the market,” says Paulius Uziela, Investment Manager at CoInvest Capital, a venture capital fund that invested in the startup.

“The technology is currently at the prototype stage, so the investment raised will help us further develop it and prepare it for mass production. We could say that we have managed to take the human out of the complex equation and although the Smart Kage itself looks like a conventional cage, its layout and built-in technical details are new to the medical research market,” says Marius Bauža, neuroscientist and co-founder of Cambridge Phenotyping.

Based on findings from the Smart Kage in the lab, Cambridge Phenotyping is also developing a human mobile app to help identify disorders related to human episodic memory. The company has already tested the app in Lithuania.

According to the company’s founders, all the solutions being developed are designed to enable scientists to analyse human memory related disorders better and faster, so that diseases can be detected earlier. The main future users of Smart Kage should be universities and medical laboratories studying the hippocampus, the area of the cerebral cortex responsible for episodic memory, learning and spatial orientation.