Dealroom.co Study About the Lithuanian Startup And Venture Capital Ecosystem 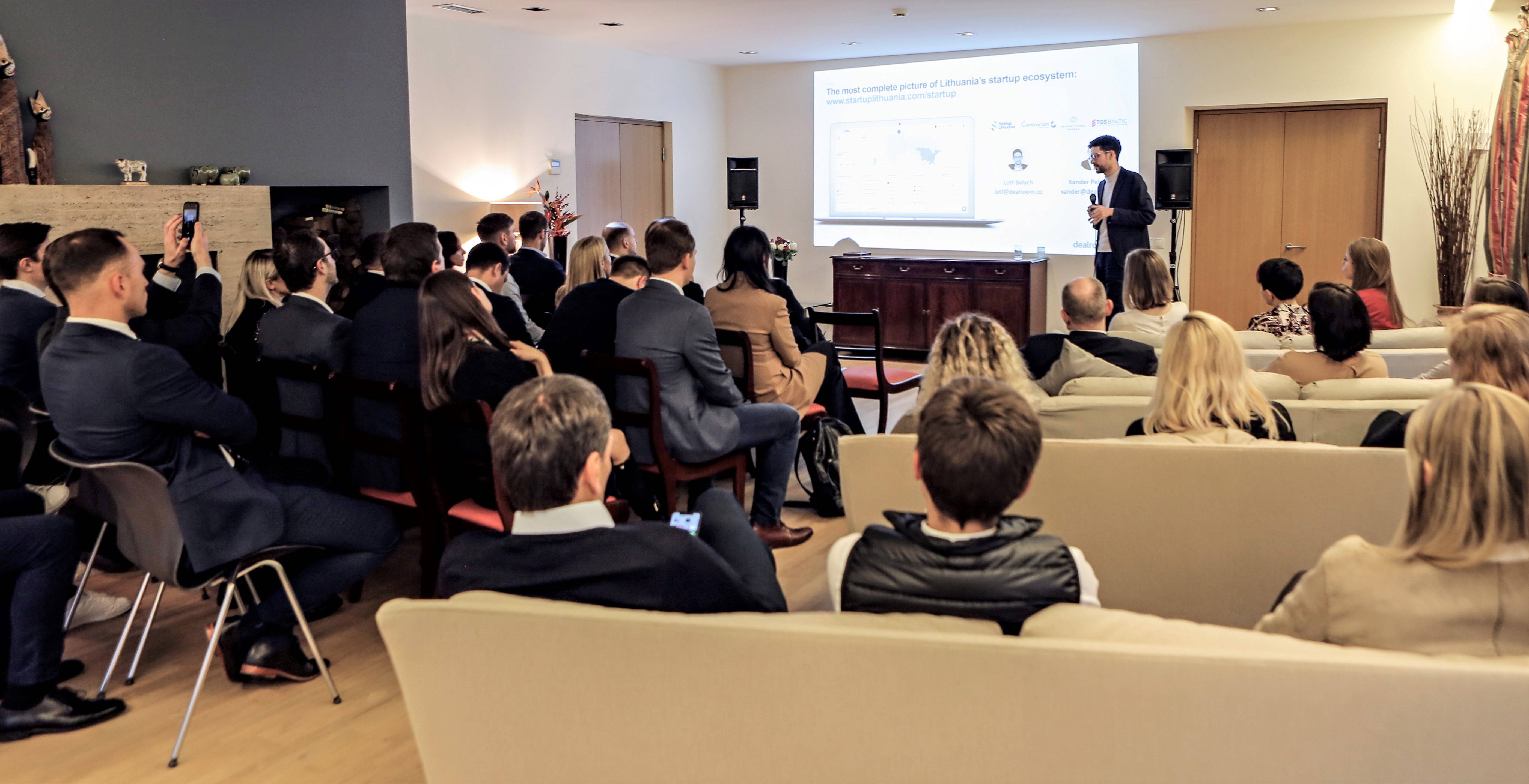 This week “Contrarian Ventures”, “Startup Lithuania”, “Koinvesticinis fondas”, “TGS Baltic” and “Dealroom.co” released a study about the state of the Lithuanian Startup & Venture Capital Ecosystem. The report is based on a data study concerning the period 2013 until now. It compares different countries in the Central Eastern European & Baltic region regarding Venture Capital, Startups and growth potential of the Technology ecosystem.

With an average year-to-year growth of 135%, Venture Capital invested since 2013 Lithuania shows the highest growth of all the Baltic states.

A notable insight is that compared to other countries in the CEE and Baltic region, Lithuania shows significant potential for foreign investors when looking at the investment amount per inhabitant. (EUR.18 per capita on average since 2013, which is close to the European average of EUR.21)

An important indicator to determine the maturity of Startup ecosystems is the number of Unicorns the ecosystem is able to create (a Unicorn is a privately held Startup that is valued over USD.1 Billion).

Within the Baltic states Estonia – with vastly bigger Venture Capital resources than Latvia & Lithuania – is the only country that has been able to create unicorns so far (Transferwise, Playtech, Skype, Bolt).

Looking at the so-called rising stars – companies that show the growth of a potential future Unicorn – Lithuania and Latvia show a fast-growing number of these Startups. This a clear sign that the Startup ecosystem in these countries is quickly maturing. It is expected that the first Lithuanian unicorn will be realized soon.

Other highlights from the report:

Get the full report, including insights on the potential of the ecosystem here.

“Just 10 years ago Lithuania was not even on the map of Venture Capital. There was almost no way to raise capital for tech companies. But our hunger for innovation and hard work combined with strong survival instinct broke the ice. Today I’m very proud to see world-class products made in Lithuania by very talented and dedicated people. We proved that we could win dominant positions in global markets while teams are fully operating from here. Soon there will be the first unicorns and this is just the beginning.”

“The difference between great and freaking ‘amazing is only 10% of the effort. It doesn’t matter if we are here in Lithuania – we need to push ourselves just a little bit to take things to the next level, we need to think and act globally. Who says that we’re not as smart as the guys from Silicon Valley? Everything is in our heads and we all have unlimited power, so use it wisely.”

„Every year our tiny country creates and increasing number of global companies with ambitious founders and talented teams. As a fund investing in the whole of Europe and Israel and working closely with the largest venture capital and growth funds in the world, we are very excited that Lithuanian start ups, such as Tesonet, Vinted, Trafi or TransferGo, are very well known to the large investor base. More and more investors and companies discover Lithuania as a global tech hub and we very much hope that this report will speed this process up.”

“Sufficient funding for Startups to grow is one of the most important factors for successful development of the Startup ecosystem. Fortunately, funding opportunities are currently widely available in Lithuania. The fund managers are putting all of their efforts to grow and foster new Startups in order to have our first Lithuanian unicorn soon.”

“We are very happy that Lithuanian startup ecosystem is booming and becoming a hot spot in Europe – the number of startups is constantly growing, Lithuanian startups attract record sums of investments, ecosystem attracts new significant players and startups from other countries. We believe that these are signs that soon we will have the first unicorns in Lithuania. Without a doubt, we have more than one candidate.”

“Since we started working with Lituanian startups, guiding them in their day-to-day legal issues and concerns, we realised that the ecosystem of our local newcomers and rising stars is way bigger and more promising than it may look at first glance. Thus, having a detailed study which both reveals a global picture and identifies key trends is very valuable for all the parties committed to the growth of this community.”