CEO of Integrated Optics: Startups of the Industry Do Not Surrender Without a Fight 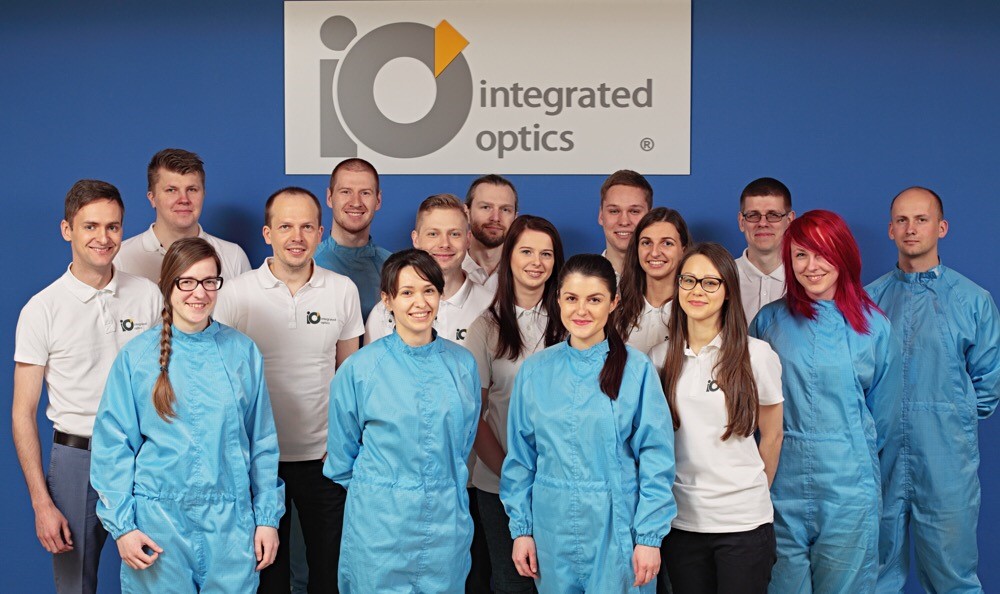 Integrated Optics, a startup which has developed small lasers for six years, is planning to expand the range of its products by 30% in the near future. In autumn, the enterprise will launch a new project which is aimed at developing lasers to help measure the effect of medicines on cancer cells. Evaldas Pabrėža, CEO of the startup, will announce the news and elaborate on the development in the forum Life Sciences Baltics to take place on 26-27 September in Vilnius.


The CEO of the successfully developing startup Integrated Optics, which won an internship in the USA at the Pitch Challenge organised by Life Sciences Baltics six years ago, returns to the forum this year to tell about laser technology applied in the field of medicine. Two days before the forum, the Startup Masterclasses by Johnson&Johnson Innovation will take place in Vilnius again gathering around 30 life sciences startups from Lithuania, Latvia and Estonia. 10 best teams of startups will have a chance to pitch their ideas to investors, life sciences experts and professionals and win valuable prizes. The registration to the free of charge intensive two days training for life sciences startups from the Baltic countries is taking place till 1 July. You can register here.

In the interview below Mr. Pabrėža talks about the key to business success and why almost all startups in the laser industry can become successful.

– Could you briefly define how lasers are applied in practice?

– Our lasers belong to the products of professional segment which are not intended for the use of household but can reach homes in one or another form, for instance, in the systems of diagnostics, sorting, food quality control.

Presently, most of our products are sold to system manufacturers which work with farmers, gem production companies. Our lasers are used for separating ripe from green fruit, to identify which gem are real, and which – fake, to sort cells with alterations.

– Integrated Optics has been developed for six years. Tell us, how you came up with the idea to start producing lasers.

– Actually, the idea came to my business partner Jonas Jonuška. He thought that the principles of laser manufacturing should be slightly changed: less manual work and more process automation.

We kept in touch with Jonas as ex-colleagues. I had already quit my job when I understood that Jonas was ready to implement his idea and I offered him my assistance. We went to investors and were heard and understood.

At the time the environment for the attraction of investments was very good. We used this opportunity. When we saw that it would not be difficult to attract investment, we started developing the product putting all our personal savings in it. One year later, we managed to attract investments. It was the first startup developed from scratch for both of us.

– It is usual in the world of startups that the first startup fails. What is the secret of your success?

– I guess this depends on the field in which a startup is developed. In our field, however, this works differently. As startups in the laser industry are related with big investments from the outset, their developers do not give up so easily.

There is one more thing which is very important and why we didn’t stumble – we know how to solve technical problems. Everyone faces challenges of one or another sort: some people stop because they cannot find a solution, but we can.

– How has the team of the company developed in six years?

– There were two of us at the beginning. We worked for a year just the two of us. After we attracted investments, the team expanded to 5 members and now we are nearing thirty employees.

– Six years ago, you participated in startup masterclasses organised by Life Sciences Baltics and won an internship in the Akron Global Business Accelerator which is located in the US. What did you bring back after a week’s visit there?

– During the visit, we met representatives of a few companies. We visited a big hospital in Cleveland, a few companies which provide high technology ancillary services. They do not have many companies in this industry there but we found a few potential clients.

Compared to Lithuania, I think, they have much more events in this type of hubs there. So startups can exchange their ideas and communicate.

– You will give a speech in the Life Sciences Baltics Forum this September in the session about laser application in the field of medicine. What are you planning to talk about?

– I am delighted that this year Life Sciences Baltics focuses a lot on laser application in medicine. At present, Lithuania has much to say on this issue. For example, we are launching an interesting project which we are going to introduce in Life Sciences Baltics Forum. We have been developing cell sorting system which will help researchers analyse the effect of a few medicinal products on a specific type of cancer, identify every single cell and monitor how cells respond to treatment.

– Lasers is a very specific area which demands very concrete education. Do you face the shortage of specialists?

– It depends on specialty. In some fields, we face this problem, for instance, in terms of engineers. Still, it is easier for the laser industry to attract engineers because this field is fascinating. However, we are different from other laser companies because we invite people who do not have any education in physics. We train them.

– What are the plans of Integrated Optics in the near future?

– We have started developing lasers for new applications – distance measurement, 3D environment scanning. In the nearest future, we plan to increase the number of our products by at least 30 % compared to what we are producing now. We plan to select the most successful products, to grow product in Lithuania and establish agencies in the US and, maybe, in Asia.

– It is not enough to develop a product. The process of commercialisation is very important. How did you commercialise your products? How did it go?

– We declared what we were going to do from the outset. We had product visualisations and developed the entire concept. We observed what types of clients were interested in what we were offering.

I remember the time when two years later we started accepting orders. We knew we had prototypes but now there was an order. I recall that at the time we did not know how to test lasers. There were situations where the deadline was approaching to dispatch a laser and we had not tested it yet. These were bitter lessons but we improved with every new client and new order until we developed into an ISO 9001 certified company which has a highly reliable testing system.

– How is the development of a startup in the laser field different from high technology startups?

– Laser market is a very convenient market in which a startup having received a million euros investment should eventually produce some kind of product. Meanwhile, in other high technology areas, such as biotechnology, pharmaceutics, an investment of a million euros and five years of research might mean only the beginning.