All You Need To Know About Bitcoin 10 Incredible Facts 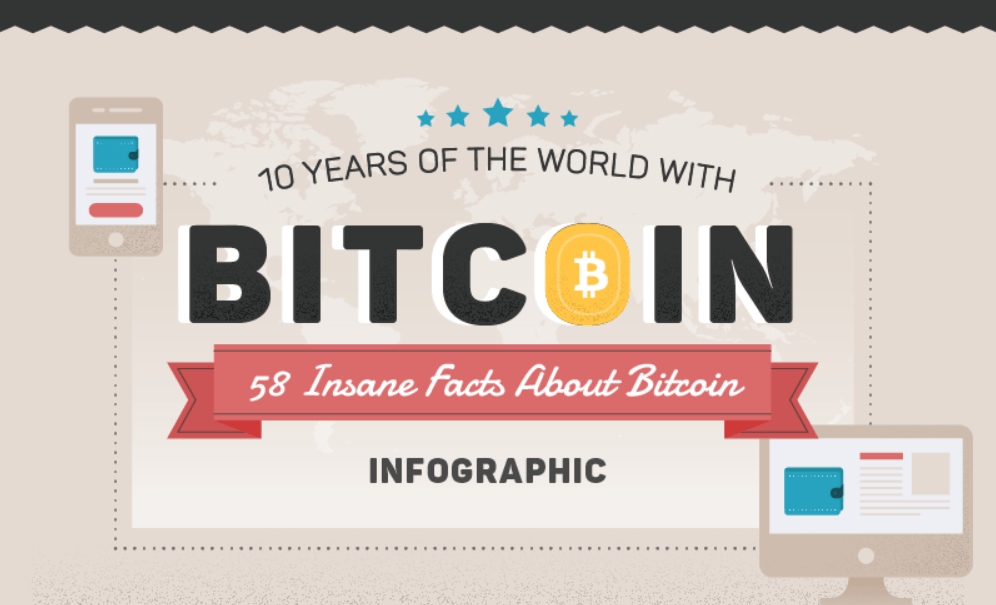 The Bitcoin and crypto-currency revolution has begun, and financial sectors and governments are clamoring to keep up with the industry-disrupting technology. Bitcoin is definitely becoming more widely popularized, even attracting the attention of many of the world’s financial sector elites. That being said, many people still don’t know very much about Bitcoin and, for that majority, here are some of the facts taken from: www.bitcoinplay.net BittcoinPlay,  in regards to the rise of Bitcoin.

1)    Completing complex mathematical computations creates Bitcoin. This creation process is called mining. A total of 21 million Bitcoin will eventually exist and should be completely mined by 2130.

2)    The Bitcoin network itself is more powerful than 500 supercomputers combined and is capable of incredible computation power.

4)    Bitcoin is legal currency in Japan, the place of its birth. It is estimated that 300,000 stores nationwide will accept the currency as a form of payment by the end of the year. Bitcoin was officially made legal in Japan April 1st of 2017, and 42 percent of all purchases made with Bitcoin are in yen accounts, constituting the biggest nationality currently using the crypto.

5)    The FBI (Federal Bureau of Investigation), America’s domestic intelligence service, has been purchasing and mining Bitcoin for years. It is estimated that they currently hold approximately 1.5% of all Bitcoin in circulation and no one really knows why.

6)    Bitcoin ATM machines that convert BTC into cash dispensed by them are now available in over 50 countries worldwide. Though 75% of all Bitcoin ATM’s are found in America, the main players in the industry, both have plans to increase to many more global markets in the near future.

7)    Bitcoin is illegal and users could face prosecution in some countries, including; Saudi Arabia, Bolivia, Ecuador, Bangladesh and Thailand. A few other countries have also looked at ways to regulate the emerging sector, including the US, who recently considered it a security or commodity and thus liable to the legislations governing those instruments. Furthermore, though banned in Thailand, Bitcoin was said to be “not necessarily illegal” by their central bank, creating a huge grey area.

8)    Sir Richard Branson, the Chairman of Virgin Group and likely one of the most influential businessmen of our generation, has begun accepting Bitcoin. Virgin Galactic, the space tourism company, is now accepting bookings for their future flights with Bitcoin.

9)    Bitcoin is VAT and sales tax exempt in a few European countries. Belgium, Finland and Switzerland have already exempted Bitcoin from sales taxes and the Swiss government has even begun accepting it as payment in certain cases.

10) It is estimated that up 64% of all Bitcoin may be lost and no longer available for circulation. This would further drive demand if true, as that would mean less than 7 million BTC will ever be in circulation – far lower than expected demand.