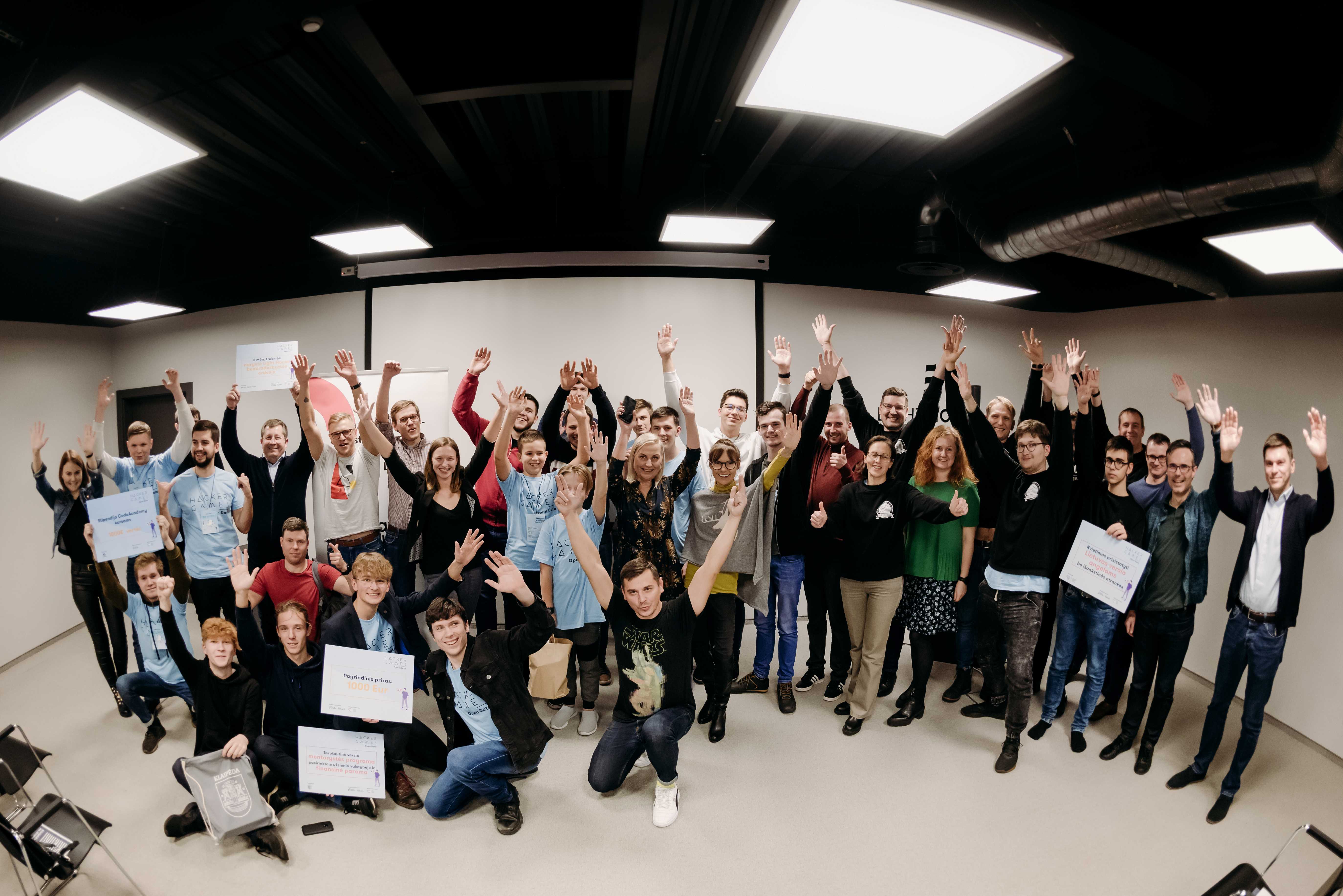 During the creative business workshops “Hacker Games. Open Data” that took place this weekend in the port city and lasted for as long as 48 hours, 7 innovative products were created using the opened up public sector data. The hackathon was won by a team that offered an interactive map of Klaipėda, which is designed to help young businesses to assess a commercial benefit of a specific place of the city.

The event brought together about 40 professionals and enthusiasts from various fields who are interested in innovations, data analytics, technology development and digital marketing. The participants made up 7 teams, the majority of them was from Klaipėda. During the hackathon, the participants have been consulted by more than 10 experienced mentors who provided them with knowledge of market needs, and helped the participants to take a deep look into the public sector issues that were raised during the event.

“The participants provided very interesting solutions to the challenges posed by Klaipėda city municipality. Probably all seven products offered by the teams could be applied in one form or another in activities of the municipality. Some of them are intended more for the society of Klaipėda, while others could be applied inside the municipality in systematizing open data. These solutions may open up new opportunities for the public sector, contribute to more active involvement of the society”, – says Jurgita Drizgaitė, the representative of Klaipėda City Municipality Administration.

An amount of EUR 1,000, which was the grand prize of the hackathon, went to a team named “Artificia”. Its members presented an interactive map oriented to a start-up business, that will allow businesses to analyse the market and to make decisions that way which are the most favourable to the company.

“We analysed a lot of data over this weekend. First of all, we grouped the companies of Klaipėda into different categories, then we have processed open data that is needed for business, i.e. direct business investment, average wages, and headcount. We put this data in one place and showed it on the map – on an online platform where businesses could conveniently, as per categories selected compare the market situation in a certain part of the city. We hope that the already functioning website will be launched successfully at the end of this week. We will improve the website, will supplement it with new data, and if we will see interest among the consumers and business benefits of the platform, we would like to develop this project and adapt it in other cities too”, – tells Margiris Laučys, the representative of the “Artificia” team.

They also won another prize – a financial contribution for improvement of entrepreneurial or business development skills with the help of an international mentor for 1 to 6 months in the program “Erasmus for Young Entrepreneurs”.

Other prizes were shared between three teams of the hackathon. A 3-month membership in “Light House Coworking” in Klaipėda, and a scholarship of EUR 1,000 for selected “CodeAcademy” courses in Klaipėda for the best information technology integration in problem solving went to a team named “iWish” which developed an app in which people could offer their ideas about the things that are needed for the port city. A travel voucher to an international innovation camp “ChangeMakers’ON“ for the most innovative start-up with the MVP was won by a team named “Datafy”. It has developed an open data storage and processing system that allows finding data conveniently and in one place. An invitation to introduce oneself to Lithuanian Business Angels during “LitBAN” event without pre-selection went to a team named “Saugus pilietis”. During the hackathon, they offered a virtual map that allows seeing air pollution in a certain place of Klaipėda city.

According to Roberta Rudokienė, the Head of the start-up ecosystem development unit “Startup Lithuania“ of Entrepreneurship Promotion Agency “Enterprise Lithuania”, the teams that participated in the hackathon were very different, with various competences. Some participants became familiar with each other and formed a team just after the event has started, others were exclusive by their age – the team consisted of children and adults, and the first prize winners were the pupils of various age. We are delighted by the fact that the opened up data inspired different people to create, to cooperate with the representatives of the public sector and thus achieve the results that are useful for business and society“, – says R. Rudokienė.

The creative business workshops “Hacker games”, organized by the Start-up Ecosystem Unit “Startup Lithuania“ of Entrepreneurship Promotion Agency Enterprise Lithuania, has been taking place since 2015. Developers aged 16 to 40, such as programmers, graphic designers, business idea developers, and other professionals and enthusiasts who want to test themselves, usually participate in the hackathons. In 2018, the total of 600 participants participated in three hackathons organized by “Startup Lithuania”.