The Spurt of Lithuanian Start-ups Continues: €166.5 Million of Investment was Attracted Within the Year 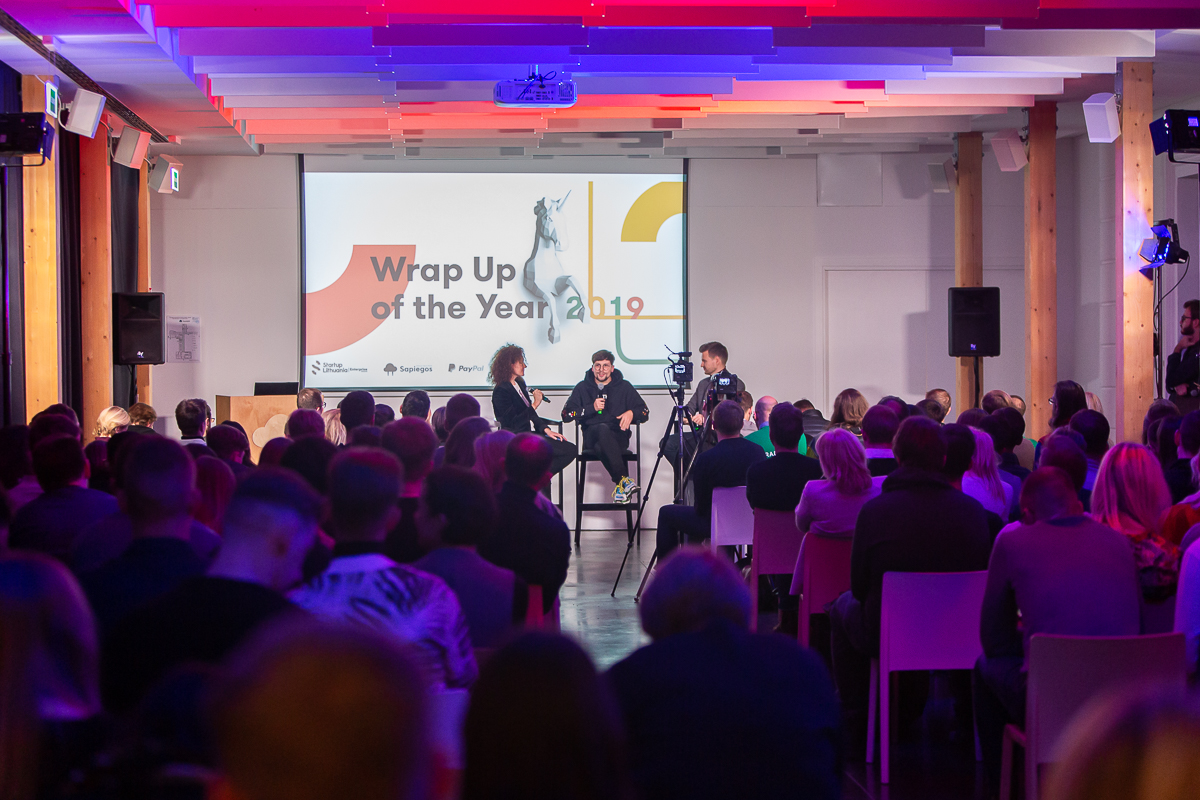 2019 is a memorable year in the Lithuanian start-up ecosystem: the number of innovative companies is nearing 1,000, startups have attracted more than €166,5 million. Vinted, the country’s first start-up to become a unicorn, which has attracted a record amount of investment so far – €128 million, has also proven that innovative products crated by Lithuanian start-ups have great potential.

The representatives of Lithuanian start-up ecosystem coincide in the view that the newly emerged players in the ecosystem and the initiatives launched significantly contributed to the improvement of start-up business ecosystem in 2019.

“During this year, many positive changes occurred in the start-up ecosystem: two new accelerator funds were established, the more favourable terms of option taxation were adopted, and the concept of start-up was legitimized by law. These and many other initiatives facilitated the process of development of innovative companies, created conditions for faster expansion and attracting investment. Even though we still have a lot of joint work to do, however, we are pleased that we have nearly reached the goal of 1,000 startups that we have set for ourselves a few years ago”, – says Marius Skuodis, the Vice-Minister of Economy and Innovation.

Roberta Rudokienė, the Head of the start-up ecosystem development unit “Startup Lithuania“ of Entrepreneurship Promotion Agency Enterprise Lithuania, adds that the new participants in the ecosystem having emerged in 2019 contributed significantly to the quality improvement of start-ups: “Compared to 2018, in 2019 the total investment in Lithuanian start-up companies slightly decreased (the total investment in 2018 amounted to EUR 183 million). This amount, however, is likely to increase further because quite a few investors are just finishing deals. According to the data available at Startup Lithuania, in 2019 as many as 53 Lithuanian start-ups attracted investments, and this is nearly 3 times more than in 2018. This difference sends a clear message that the new local players in the ecosystem, such as accelerators, have properly filled the gaps in the start-up ecosystem, and it became easier for the early-stage start-ups to get investment”, – tells R. Rudokienė, the Head of Startup Lithuania.

The growing interest of investors in Lithuanian start-ups and in the products they create has been noticeable for some time. According to the analysis of “Dealroom.co”, since 2013, foreign and local investors have already invested more than EUR 503 million in Lithuanian start-ups. In terms of the total investment, Lithuania is ranked 4th among all eastern European countries.

Rudokienė also notes that Lithuania increasingly stands out on the map of Europe: “Annual growth in investment figures is one of the factors demonstrating the stability and potential of Lithuanian start-up ecosystem – according to the data available at “Dealroom.co”, since 2013, the growth of venture capital investments in Lithuania reaches 135% and is the highest compared to neighbouring Estonia (88%) and Latvia (8%)”, – states the Head of Startup Lithuania

Even though the turnover is growing, profitability is declining

Analysis of the start-up ecosystem carried out by Enterprise Lithuania shows that over the last three years, the turnover of start-ups increased on average by 31% every year. In 2015-2018, the increase in the number of employees is also noticed – on average, 18% more employees are employed each year in innovative companies, and the average salary in the start-ups in October 2019 was EUR 2,200 (gross).

According to the data available at Enterprise Lithuania, in 2012-2016, 46% of start-ups operated profitably, while in 2017-2018 we notice a drop in the share of profitable companies to 41%. Notwithstanding this, according to experts, the start-up sector is expanding strongly, and this is shown by the growth in the number of start-ups and their turnover, increasing number of investments. It is also important to note that at the beginning of their activities many start-ups mainly focus on

“During the first three quarters of 2019 alone, 597 start-ups with legal status paid EUR 63 million to the Lithuanian budget. This sector is growing much faster than our economy. This is why, the portion of taxes it pays is steadily increasing in the consolidated state budget. In 2018, the start-up companies paid nearly EUR 70 million of taxes, and this represented 0.44% of the total budget. It is forecasted that in 2019 the start-ups will pay more than EUR 86 million of taxes to the state budget“, – tells Eimantas Norkūnas, the founder of unicorns.lt.

According to the constantly changing Startup Lithuania database of start-ups, currently there are 933 innovative businesses in Lithuania, the financial technology start-ups (12.4%), start-ups that develop business management systems (6.5%), health and beauty industry start-ups (6.4%), and game industry companies (5.2%) are the dominating are dominant among them. The start-ups creating solutions represent a smaller market share: for communications (4.5%), transport (3.3%), energy (3.1%) and other sectors.