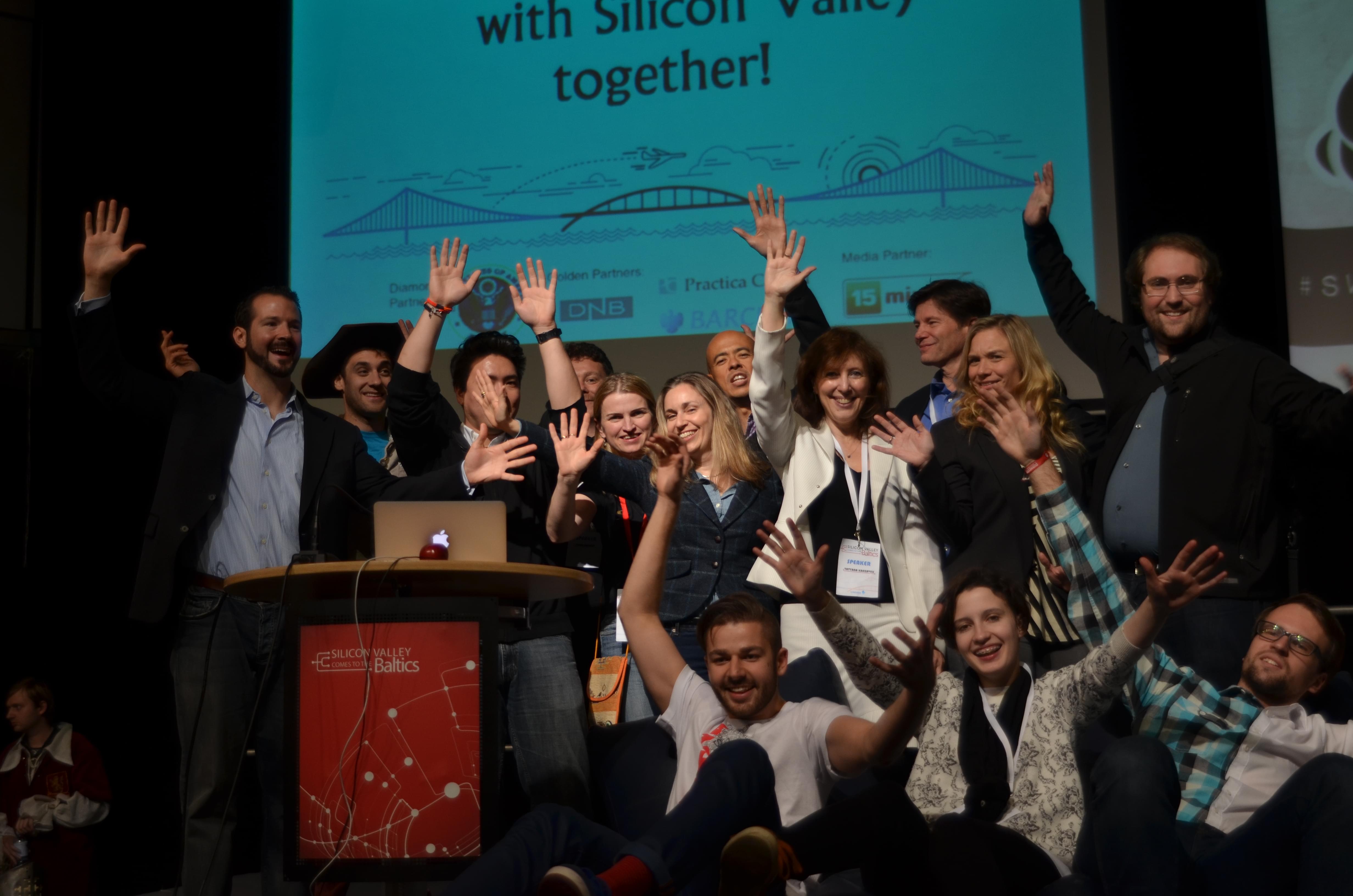 “I met more interesting people from Silicon Valley at the conference than I had during those 10 months when I lived in Silicon Valley myself,” said Gary Whitehill, the founder at Burst.

These words prove once more that we were right when saying: save those at least $ 1000 that you would need for a trip to Silicon Valley and come to the conference instead. To the biggest youth entrepreneurship conference in the region Silicon Valley comes to the Baltics, organized by the public institution Enterprise Lithuania.

Check the atmosphere of the conference in the photo gallery below. (Photos by Wide Wings)

On top of the fact that every attendee of this event may now be glad that he or she had saved a few thousand, most of them also came back home after the weekend with invaluable experience – knowledge and advice straight from the lips of Silicon Valley. Some lucky ones even had a chance to talk face to face to the guests from abroad. After every presentation the lucky Frisbees  – mascot of Startup Lithuania Roadshow project – were flying into the audience from the speakers’ hands. Those who caught them were able to have coffee with speakers and question them about all the concerning matters.

Participation in interactive polls that were picked by Lithuanian Startup team IQ Polls according to the subject also proves the fact that a lot of active and curious people attended this conference. Moreover, the poll results showed that even 90 percent of respondents are planning to start their own business. Only girls were a little more careful about these statements – 44 percent of them are planning to start a company.

About 2,5 thousand attendees visited the conference not only from Lithuania, but also from abroad over those two weekend days. Even more of them watched the live broadcast of the event online. Speakers from Silicon Valley, who came to the conference, were also flattered by such number of attendees carefully listening to their speeches.

For instance, Burton Lee, Stanford University professor, who has attended Silicon Valley comes to You – events of similar concept in different European cities, was astonished that several thousand enthusiasts came to the event in Vilnius – he had never seen this crowd before anywhere else.

Lina Vaitkevičienė, Managing Director of public institution Enterprise Lithuania was glad that laid back, but action driven atmosphere was felt at the conference both days. Kęstutis Trečiokas, the Vice-minister of Economy, who gave the welcoming speech at the opening of the conference, was hoping that the event attendees would live up to the image of Lithuania as a country of young entrepreneurs and think more courageously about their own businesses.

Tatyana Kanzaveli, the founder at Open Cancer Network, the platform where cancer data is gathered, also has no doubts about the future prospects of Lithuanian youth. “Lithuanian Government supports young entrepreneurs and Startups and gives bigger assistance than anywhere else. I do not doubt that the world will soon get news about the extremely successful Startups from Lithuania,” said Mrs. Kanzaveli.

Bear Kittay, ambassador of the annual Burning Man festival that takes place in the US, who gave a speech at the conference, had also seen a huge potential in Lithuanians. Conferences like Silicon Valley comes to the Baltics are like a place, an incubator for Lithuanians where future possibilities open and the entrepreneurship ideas become global”, said the guy, whose grandfather was a native of Eišiškės, a town near Vilnius.

Peter Halacsy, a Hungarian creator of presentation making platform Prezi was thinking likewise. He shared his business experience, presented the European stories of success and said: “You don’t have to be American and live in Silicon Valley to achieve something.”

Praised for ideas, work and honesty

Some highly experienced gurus from Silicon Valley were already praising Lithuanians for their ideas and work.

“Over a few days I have seen that Lithuania has some great Startups that create products fitted for the whole world,” noticed Jeff Burton, the founder at EA games and CEO at Skydeck, business incubator of Berkeley University.

Kevin Hale, a partner at Y Combinator – business accelerator that is considered the best in the world, was convinced of Lithuanian youth’s intelligence when he visited the idea generation workshop Startup Weekend Lithuania that took place at the same time in a nearby hall of the conference and exhibition centre Litexpo.

Foreign speakers not only praised Lithuanian hospitality and enthusiasm, but some of them had enough time to persuade themselves of honesty as well. David Roberts, CEO at the consulting company The Other Side of the Tracks, named an experience in a store as one of the most memorable moments in Vilnius.

“I was buying a socket plug adaptor to convert the American plug into European one, but the salesmen accidentally sold me the wrong one. After I noticed that, I went back to the store – Lithuanians admitted their mistake and easily agreed to make it right. Not everywhere in the world businessmen tend to give back the money to the client,” thinks Mr. Roberts.

Visited the fatherland for the first time

Although 18 guests from the Silicon Valley were invited to Lithuania to tell their stories, share their experience and inspire the youth to take actions, they left our country feeling as enthusiastic as those people, who attended the conference.

Foreigners admitted that they also learned new things while listening to each other’s speeches, heard many unique ideas and gained some energy after talking to young people. Moreover, some of them were glad to have the opportunity to visit their fatherland – not only Bear Kittay, but Kate Ertmann, owner at the company Animation Dynamics and Shira Abel, CEO at the company Hunter & Bard have Lithuanian origins as well.

The conference Silicon Valley comes to the Baltics has taken place in Vilnius for the second year in a row. It is planned that even tighter bridges with the Silicon Valley will be built next year and even more world-known speakers will be invited, and the number of attendees will be even bigger.